The importance of central banks extends beyond just financial markets, and recently their significance has even been increasing. But are they doing everything properly? For instance, do their projections of interest rate changes make sense?

Since 2011, the US Federal Reserve has been publishing a graph known as the “dot plot”. It shows the expectations of members of its Federal Open Market Committee (FOMC) regarding the future development of interest rates. Its goal is to provide financial markets with some kind of a roadmap and avoid unexpected surprises, which the market generally does not like. 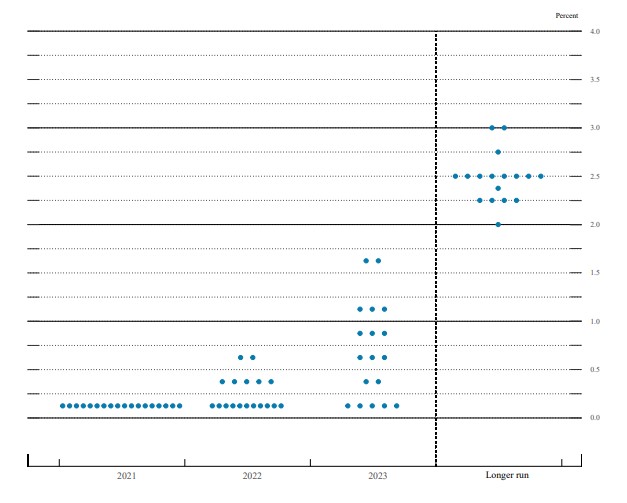 With the same objective in mind, the dot plot is accompanied by additional economic projections and written materials, which often include a relatively long-term commitment to do one thing or another with regard to interest rates and other operations.

The question is whether publishing these projections and statements is a good idea or not. I think there exist two compelling reasons to stop publishing them.

The first reason is that, in my opinion, these projections paradoxically encourage market participants to take greater risks. In fact, they provide a false sense of certainty about the development of some key parameters, such as interest rates or the Fed’s purchases of financial assets. I am intentionally saying a false sense of certainty because even the short history we have available to us in this case shows that the Fed is often wrong in its predictions. 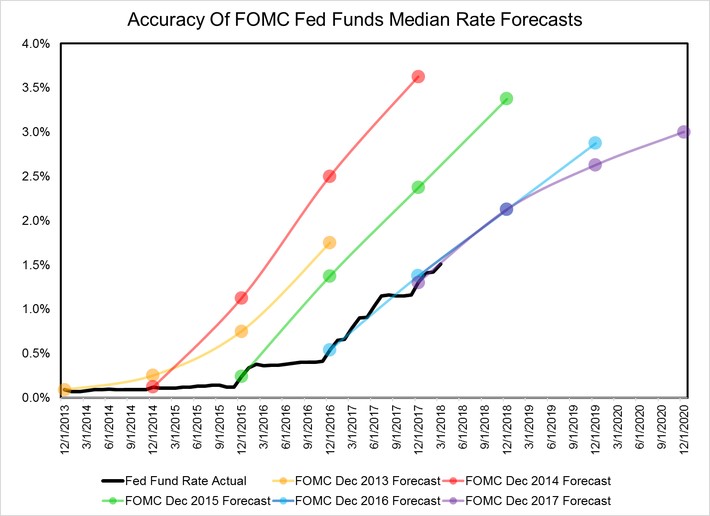 As we know from the American economist Hyman Minsky, stability breeds instability. Indeed, an environment of real or perceived stability encourages market participants gradually to take on more and more risks, and the longer and more significant this period, the greater is the instability that follows.

I think that the Fed’s projections and statements are contributing to exactly that. It might be much better if the Fed would make no statements at all regarding its next steps. That would bring to the market a greater element of surprise or uncertainty and investors would incorporate that into their thinking.

It could be expected that they would thus take on less risk in their investments, thereby reducing in part the likelihood of instability created by the previous seemingly stable environment.

Moreover, market participants would have to think more independently. They would not be influenced in their thinking by the classic psychological anchoring that the Fed is creating by its projections now. Their views would therefore be more dispersed, which is rather a good thing for the markets. When everyone thinks the same, it eventually turns out after some time that everybody was mistaken.

The second reason why the Fed should refrain from formulating its plans is that this will make it easier for the Fed to change its opinion without feeling bad about it. The capabilities attributed to central banks with regard to predicting the future and identifying and solving macroeconomic problems are generally exaggerated.

Central bankers are certainly educated and experienced people, and I would not even doubt their good intentions. Nonetheless, they are still human beings like everyone else and, as such, they logically make mistakes. They have the same data available to them as does everyone else and, of course, like everybody else, they do not know the future.

So, if the central bankers publish a long-range outlook for their actions, they are setting themselves up for trouble. It is quite inevitable that from time to time they find out they have been wrong and that a change – and sometimes even a very sudden and dramatic change – is needed.

There exist natural inhibitions in every person’s psychology that prevent one from quickly and easily admitting his or her own mistakes. That is made even more difficult if a person has to admit one’s own mistake not only to oneself, internally, but also to do so publicly and literally in front of the whole world. This can lead to a certain inertia in thinking and a reluctance to make the change in time.

If central bankers published nothing in advance about their next planned steps, their lives would be easier and, above all, their decision-making would be freed from the elements that distort it.

Current events provide a good example of this. The Fed seems rather taken aback by the high inflation, which exceeded 5% on an annual basis over the summer and even ran at a 10% annualised rate for a while.

The Fed might even like to react, but it well knows that it has advised long in advance not only zero rates but also large purchases of government bonds and mortgages.

These are now running at a pace of USD 120 billion a month, and perhaps even the Fed finds that too much, especially given the fact that the Fed must withdraw immediately nearly USD 1 trillion of excess cash from the markets through reverse repo operations.

Thus the Fed has to take two steps: Convince itself that a change is needed, and at the same time find the courage to admit publicly that its original plans would therefore be abandoned.

In summary, I think that if central bankers (not only in the United States, but also in many other countries) stopped publishing their own projections, stopped implicitly committing themselves to certain actions long in advance, and just announced their current actions after each meeting, it could bring greater long-term stability to the financial markets and at the same time increase the very quality of central bank deliberations and decisions.

A certain parallel can be found also among publicly traded companies. My favourite ones are those presenting no future outlooks at all. Instead, they focus on their businesses and are not bound by what they have ever said. Investors then have to think more on their own, and it cannot happen that they get sucked into some stock based upon unrealistic projections from the management.

In contrast, companies that focus too much on fulfilling or even exceeding their own ambitious plans announced long in advance very often end up manipulating the numbers or even committing outright fraud.

The seemingly clear-cut stability is then replaced by a dramatic awakening. Human beings, be they corporate managers or central bankers, remain always just human beings.